“Just Around the Corner” – the diner of the Retro Future 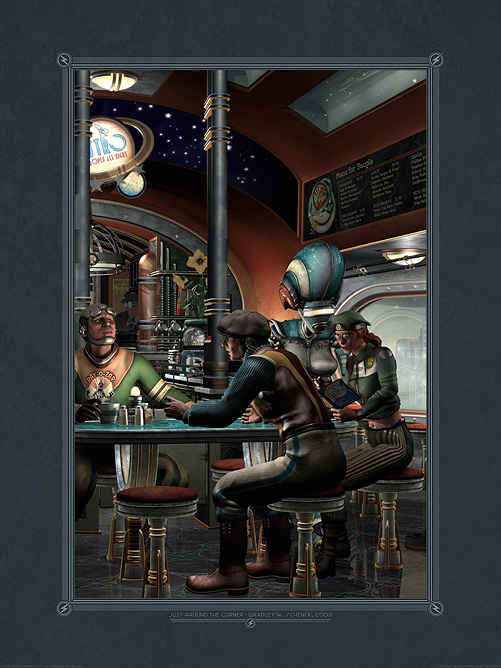 Here’s the first of what I think will be three pictures set in my retro-futuristic Astro cafe. That’s a scene I started working on in 2004 and plugged away at for quite awhile (in the shadow of the then Day Job). I dusted it off and found to my surprise that it only took about a week to finish it up.

Oddly (or not) I once lived just around the corner from a coffee shop called Astro in LA’s Silverlake neighborhood; and there was a hostess there who was not unlike Mabel, in some ways. But although I did once see a rocket go by, I never saw anyone wearing goggles in there.

This one’s available as an archival print, a poster, on blank books, and a postcard – the sort of impulse buy you’re likely to make at the counter, no?

This entry was posted on Saturday, June 27th, 2009
and was filed under Computer Graphics, Works in Progress
There have been no responses » 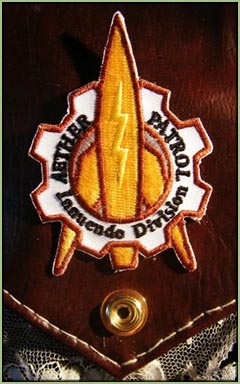 The unsinkable Molly “Porkshanks” Friedrich has added these handsome retro rocket patches to her Etsy store.

You don’t need to be a card-carrying member of the Innuendo Division to admire these. In fact, you can still want one if you’re just a Suggestive Commando or a Winking Wingman. Person. Whatever.

She doesn’t mention how many of these are available but since it is an embroidered patch you can bet that it was a limited run.

So I’d suggest you order yours on the double – some of these Aether Patrolpersons seem to dabble in temporal acquisitions… and so they might beat you to it even if you’ve got yours already. Which makes my brain hurt.

This entry was posted on Wednesday, June 24th, 2009
and was filed under Found on the Web
There have been no responses »

In progress: Diner scene from the Retro Future 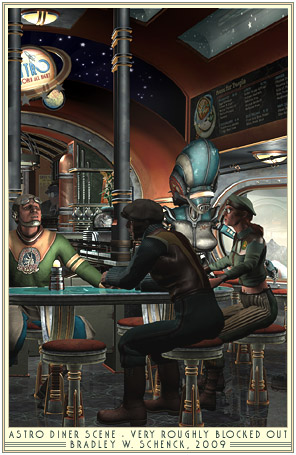 Okay, I’ve explained before that I hate posting work that’s not finished, and I speculated about what deep seated psychological warpage that implies – but I’m just having too much fun with this and I’m going to risk the damage that my rampaging Id may cause to me and to you and to anyone who gets in its way.

This is a rough layout. It really is. The figures are just blocked in (mainly), the lighting needs tons of work, and there are all sorts of things wrong with it.

This is the first of what I think will be three high resolution pictures for prints, all set in the Astro Diner. That’s a 3D “set” I worked on for quite awhile back in 2004 but then set aside till about a week ago, when I dug back into it. (I posted some small shots of the diner here, when I’d finished the robot waitress we see in this picture.)

I have the same problems a camera crew has in a tight space – for many of my shots in the diner I’m going to have to cut out parts of the set that are in the way. But this one hasn’t required any major surgery yet.

Okay. You’ve seen it. That will be all.

This entry was posted on Tuesday, June 23rd, 2009
and was filed under Computer Graphics, Works in Progress
There have been no responses » 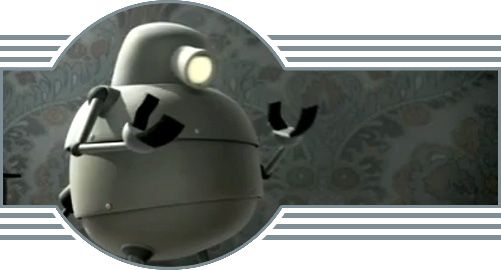 “Reach” is another lovely short animated film about robots and the things that drive them – this time, both figuratively and literally. This one’s by Luke Randall. The film’s won a number of awards and about a month ago Luke took off for Tinseltown… or at least for Dreamworks Animation.

This entry was posted on Tuesday, June 23rd, 2009
and was filed under Computer Graphics, Found on the Web
There have been no responses »

“Powerless” Robot in a short film from Britain 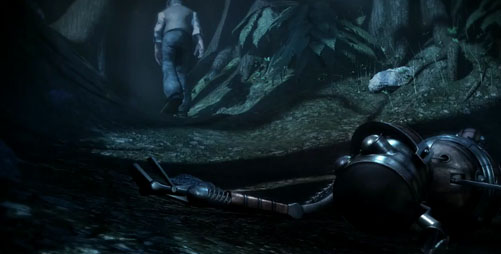 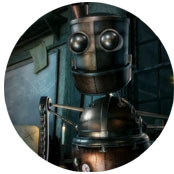 “Powerless” is a beautiful short film by digital animation students at the University of Hertfordshire. It’s got a dreamy dark palette and moody music, and shows us what a difficult time we can have when we set out to Meddle In Things That Man Was Not Meant to Wot Of. Or something. In fact, that’s not exactly what it shows us, but I can’t resist any chance to say that.

With a steampunkery robot and a solitary inventor in his woodsy cottage, not to mention all that copper and those antique gauges… what’s not to like?

This entry was posted on Friday, June 19th, 2009
and was filed under Computer Graphics, Found on the Web
There have been no responses »

Celtic Knotwork Borders… Around Your Own Photo or Image

This entry was posted on Tuesday, June 9th, 2009
and was filed under Works in Progress
There have been no responses »