All new: An Emergency Relief Fund for the Secret Laboratory

Ah, just when things were going so well.

As we land in the worst shipping week of the year, the ten-year old computer that powers things here in the Secret Laboratory has finally sputtered and died. It was a faithful companion: I’m going to miss it. Especially because at the moment I’m typing on the creaky old laptop that I use downstairs.

That laptop really can’t handle most of the work I do. So I’m forced to build a new outboard brain.

I’ve been hoping to do that for a long time; but as important as my computer is to me, it can’t compete with things like groceries.

So this would be an excellent time to help me out, if that’s your inclination. You can always do that by purchasing merchandise from Retropolis or The Celtic Art Works; but in an extremity like this I’ll also mention that you can contribute directly through Paypal.

I’ve already ordered the things I need; I have to complete the fulfillment of my Kickstarter rewards and finish the promotion for Patently Absurd, and those tasks won’t wait. But anything you can do to help sponsor the Secret Laboratory’s new computer would be very, very welcome.

This entry was posted on Saturday, December 16th, 2017
and was filed under Hodgepodge
There have been no responses »

This entry was posted on Thursday, February 2nd, 2017
and was filed under Hodgepodge
There have been no responses » 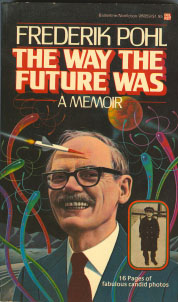 And speaking of Captain Future… or, more accurately, speaking of the Futurians and the Golden Age… why don’t you go wish Frederik Pohl a happy 91st birthday?

This entry was posted on Friday, November 26th, 2010
and was filed under Hodgepodge
There have been no responses »

My friend Glenn Price just showed me something he’s working on, and that reminded me of Andy Murdock‘s Lots of Robots. I hadn’t watched it in awhile, and before I knew it, well, that’s what I did. Now you should too.

Andy’s been pretty busy recently with his work for the National Geographic Channel but I hope he gets back to this one day.

Sadly it looks like you can’t buy the DVDs at the moment. You can’t have mine.

This entry was posted on Wednesday, June 30th, 2010
and was filed under Computer Graphics, Hodgepodge
There has been 1 Response »

In Which My Arithmetic Astounds All Who See It 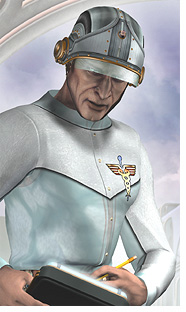 I’m complimented on my math so seldom that whenever it happens, I link to the place. In fact it’s happened only once. This is it.

Johanna Draper Carlson of Comics Worth Reading had her doubts about Kickstarter as a way to fund projects outside the traditional models of publication, and she expressed those doubts here; conversation ensued; and somehow my math skills came into play.

Normally that means that I count out the wrong change while a lot of people are standing in line behind me. This time, it was different.

This entry was posted on Friday, June 25th, 2010
and was filed under Hodgepodge
There have been no responses »