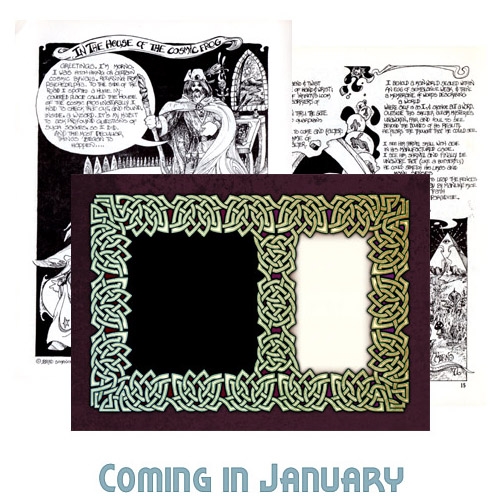 Chapter 4 of the first draft for a sequel to Slaves of the Switchboard of Doom. Friends, co-workers, and neighbors; also the second thing that broke the book.

In the House of the Cosmic Frog is an illustrated poem from my summer of 1976. It’s difficult to describe. Another “Morno” piece.

Apart from my own distribution of copies it was published the next year in Greg Stafford’s Wyrd #7, published by (or at) Chaosium.

The Western Institute of Muchness is my memory of a strange thing I found while I was walking down the street in 1974 or so. I’ve never forgotten it. I’m so glad it existed.

Let me tell you what it was.

This entry was posted on Wednesday, January 2nd, 2019
and was filed under Works in Progress
There have been no responses »