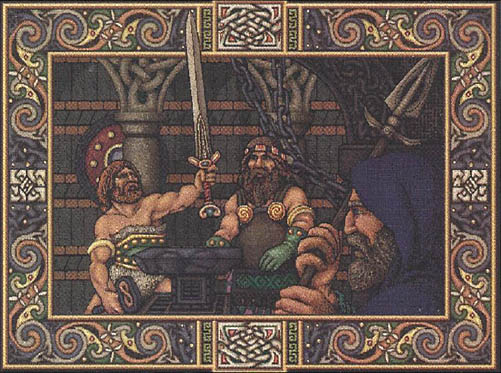 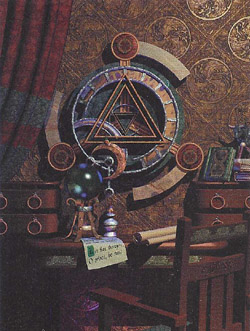 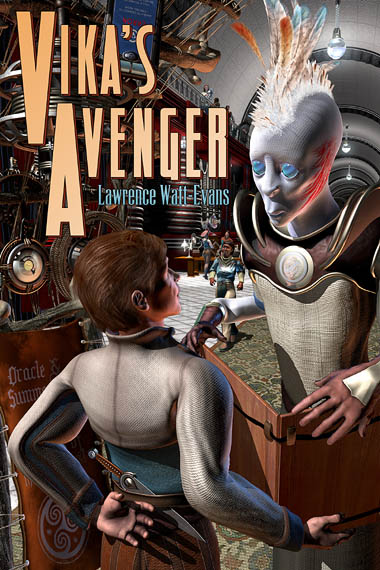 Lawrence Watt-Evans has posted this to his Facebook page, and I guess that means I can post it too, now. Here’s the cover illustration for his Kickstarter-funded Vika’s Avenger.

I’m working on the interior illustrations now. They’ll be a lot like the illustrations I did for Starship Sofa Stories; they’re rendered in the same way I do my full color work but – of course – in greyscale, and I’m aiming for a kind of open layout, with the images enclosing the text, that I hope is something like those wonderful old illustrations by Virgil Finlay and others back in the age of magazines. 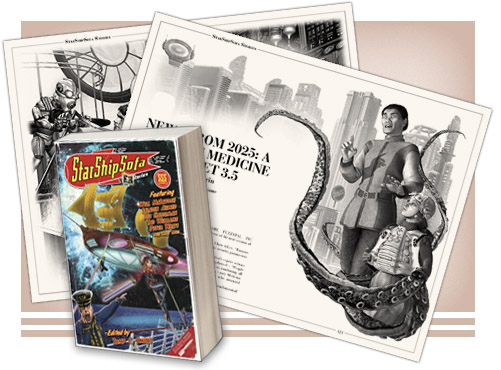 This ought to keep me stapled to my desk for the next few weeks. I don’t mind: I really like working on books. The style of the book layout here will be a lot like what I planned for my next Thrilling Tales book, which is still in a state of primal chaos.

This entry was posted on Sunday, August 4th, 2013
and was filed under Works in Progress
There have been 3 Responses »