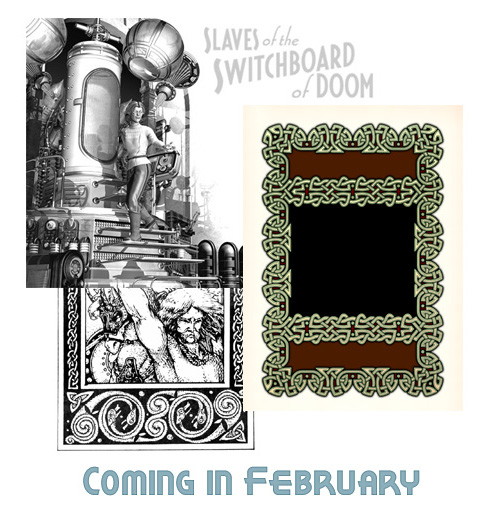 Here we are in February. Have a good one!

February 6 (for Patrons at $5 and above)

W. B. Yeats’ poem The Hosting of the Sidhe with my 1982 illustration for it, from Runestaff #5.

The Chapter 5 first draft from my unfinished sequel to Slaves of the Switchboard of Doom. It’s probably my favorite of the six chapters I wrote.

Don’t tell the other chapters I said so.

The Big Mad Science in Slaves of the Switchboard of Doom examines the way Retropolis has dealt with its abundance of Mad Science. Is there a method behind the madness? Read and decide.

This entry was posted on Friday, February 1st, 2019
and was filed under Works in Progress
There have been no responses »