The tale of woe I never told you 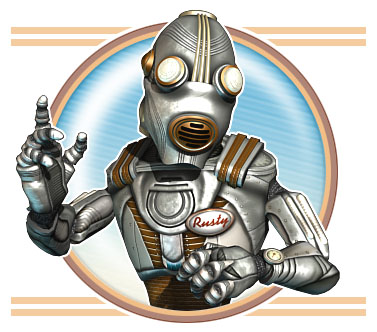 (I’m not sure how to tell this one briefly, or with much humor. Sorry about that. It’s just not a brief or funny story.)

In my twenty-some years on the World Wide Web I’ve read many, many tales of woe. People reach the end of their rope and appeal for help, and I don’t blame them for that: it’s just that I’m not sure it does any good. Not in the long term, anyway.

There’s probably a brief period when folks chip in whatever they can. But I’m always left wondering what the long term effect is, once you expose your vulnerable underbelly and admit that you just can’t make it on your own. Doesn’t that change the way people think about you? In a bad way, I mean? And, once they’ve helped, don’t they expect you to just be okay now?

This may be testosterone talking. But the result is that even though I have a Tale of Woe I’ve always kept it to myself.

That’s changed today. I can’t afford to care what you think any more.

It all started so well 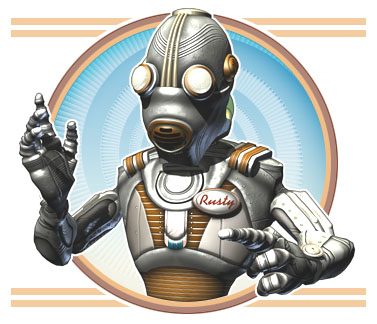 I left the games business earlier than I planned, back in 2005, because I simply couldn’t face another project. The games business really is a place for the young, and it could be I’d had a bad run of luck; but whatever the cause I was just too burned out to keep going on that treadmill of bizarre decisions and endless crunch time and, in my case, plenty of responsibility without any authority at all.

I had an exit strategy: to find an inexpensive home where I could live and build up my online business and pursue only those projects that no one but me was likely to create. This is a pretty good description of what I thought I was here for, but which I’d found so hard to do while working for other people.

So I bought a fixer-upper of a house and started to fix it up; not quickly, but steadily, since I was building up my business at the same time.

It wasn’t easy. But it worked! By 2008 it seemed like everyone on the web was linking to my Retropolis Transit Authority T-shirts and man, oh man, were they selling, that summer!

The thing I laugh about now is that I remember thinking that pretty soon I’d be able to afford health insurance.

I have a dark sense of humor, you see

Soon after I had that thought, I discovered that I had cancer.

The surprise was that it wasn’t lung cancer. I’d been a smoker for many years. But this was one of the other cancers, one that grows slowly, way down in your guts. You don’t find out about it for a long time.

Apparently you don’t find out about it until you start thinking about health insurance.

I seriously considered foregoing treatment. I really did. Though things were looking up, I couldn’t possibly afford the cost of my care. And I still argue with myself about whether that would have been a better choice.

Anyway, I was talked into treatment by medical professionals. The idea was that if I couldn’t afford it, there would be financial aid for me. And to some extent this was true.

But remember how business was looking up that year? It was, and in addition I had set aside the money for my income taxes. This is a thing that the self-employed do. And so, at the time I became sick, I was not indigent. I just didn’t have enough money to cover the costs of the tests, radiation, surgery, and post-surgical care.

We beat the cancer, which was great. (It’s still gone.) But first the bills wiped me out, and then they kept on coming.

The cost of beating cancer 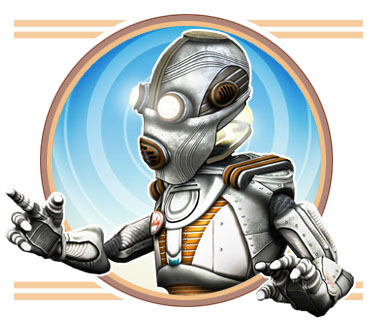 Even at this length I can’t describe to you the full horror of what it’s like to deal with the US health care system when you don’t have insurance. That’s a story in itself.

But in the end, late in 2009, I finally had a single medical debt on which I could make monthly payments. And I kept making those payments until just a few months ago.

I’d been wiped out by the just the first few months of bills. Since I was still uninsured, I now had to meet other monthly expenses as a result of my surgery. My income rose and fell, but those costs were consistent, and I always met them. That meant acquiring other debts along the way.

Obviously, I wasn’t fixing up the house any more. (You can tell).

For nine years I’ve been staying ahead of it all with some success. I even wiped out my non-medical debts once or twice.

But during those years my income has also been dwindling. There have been brief reversals, like the Pulp-O-Mizer’s fifteen minutes of fame, or the book advances for Slaves of the Switchboard of Doom. Still the trend has always been down, in a month-to-month,white-knuckled race toward the date when I’d qualify for Social Security.

This year I lost the race.

This is why I’ve been quiet 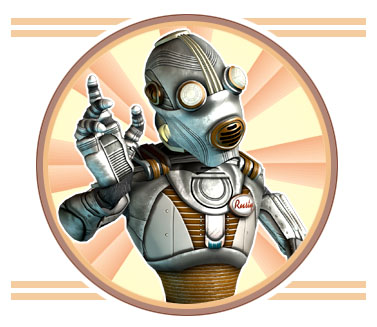 Some of you noticed that I withdrew from the web once Patently Absurd was published. There was nothing I could say that wasn’t horrible, and of course I was trying one thing after another to turn things around.

It was rude of me to avoid responding to those of you who contacted me. But it seemed like the alternative was worse. I didn’t want to lie, but neither did I want to tell you the truth: so I’ve been saying nothing at all. That’s probably worried some of you, and I’m sorry.

As the year’s progressed I’ve defaulted on one bill after another. I’ve finally reached the twin hurdles of my property tax and my mortgage payment.

It seems certain that I’ll lose the house. I will likely try to sell it; but I don’t think I’d even get my equity back. And as for what I’ll do when I don’t have a house, that’s another difficult question. My mortgage payment is actually lower than any rent I might pay. So, yeah, there’s that.

I have to say… for a guy who’s worked on a hopeful future for the last twenty years I don’t seem to have any hope left for myself.

What does this all mean? 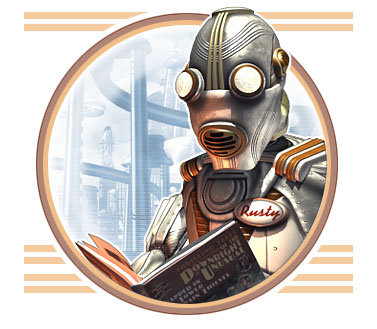 You can’t fix my problems. I don’t expect you to.

But this is still the best of all possible times for you to buy original art (especially!), merchandise from Retropolis and The Celtic Art Works, or copies of Patently Absurd.

I guess my hope is that if I manage to make it through the next few months, and I sell my house and most everything else, I’ll find some way to scale back and survive for a couple of years longer. The first tier of Social Security may not be much, but it’s a lot more than I have coming in now. That lowest tier is still two long years away.

So… this has been my Tale of Woe. I’m sorry I had to share it with you.

This entry was posted on Friday, July 27th, 2018
and was filed under Can't Stop Thinking, Thrilling Tales of the Downright Unusual
There have been 10 Responses »

10 responses to “The tale of woe I never told you”
Sherron says:

I cannot pretend to understand what you are going through, nor do I have the means to solve the issues at hand, but please know that I have long thought that your artwork, your books and your humor are exceptional. It is my sincere hope that good things start to come your way and I will look again at your beautiful products and share your store information as wide as I am able.

Send me a message. I may have an idea that might help. No I am not trying to sell you anything nor am I soliciting. I haven’t sold an AMWAY partnership since I was 19, so your safe.
Aside from my idea I will certainly purchase some items from you. I need some new business cards anyway!

Keep on keepin’ on!

Just an update: I eventually realized that, in fact, I cannot sell the house. I had forgotten what must have happened to my credit rating, and that people like to check that when they rent to you. Hey, it’s been a long time.

So my credit score was still pretty good at the beginning of the year: it is not good today. The house and I are one.

I have admired your fabulous Celtic art for many years. I am so sorry to hear of your difficulty. Life doesn’t seem fair, for many of us. I have my own tales of woe, so I know how it feels. 2012 was where it ended for us. Husband lost his job and health insurance with it, because he had a heart attack. He has had 3 heart attacks, but he is still working 2 other part time jobs, to help pay for medical expenses. I will be praying for you. I sincerely hope things improve for you, soon.

I was just thinking of you the other day and wondering why I had not seen any posts on fb. I am so sorry to hear about what you have been going through these last few years. I looked at your Patreon page and will do what I can. I cherish the art you gifted me with all those years ago when you were Morno and the first person I met in SF fandom!

The first? Really? The way I remember it, I was a pretty mixed bag. I’ve been in a retropective frame of mind, lately, and there are times I’d like to have a few firm words with Young Me.

I’m so glad you still enjoy the art!

Dear Bradley …I’ve visited the Pulp-O-Mizer site a number of times over the years and I love your work. Though I would dearly love to be your patroness, I’m sorry to say I’ve been struggling myself (this isn’t the place to tell my story). Admitting your difficulties takes a lot of courage, but once it’s out, things have a way of getting better. I can’t imagine how hard it is to combat cancer when it costs you almost everything you have. My heart goes out to you and I wish you the very best of happiness and success for the future.

I’m not the only one with troubles, and I’m sorry to hear about yours. I wish the world were a bit different for all of us.
But at least you have the Pulp-O-Mizer :).

🙁 AH HECK! I came here to say thanks for pulp-o-mizer and found this.

I am so sorry to hear about your woes, health and all. I’ve been battling health issues lately (fired off my last job because I was too tired to keep up to deadlines).

I can’t take on a monthly debit, but I can wave your art at people and advertise any other way. If there’s anything specific you’d like, I have a blog and use Facebook to share. I have several steampunk mad friends and a host of Pagans who’d love the Celtic stuff.

I’m on Goodreads as well – Michelle Frost of 3 books. Won’t name them here. Seriously – if you want anything advertised, contact me!

I have responded to your response but have not heard from you. Given the previous issues with emails I’m unsure if you received it or not or have responded but it never got through to me. Please reach out and let me know one way or the other.