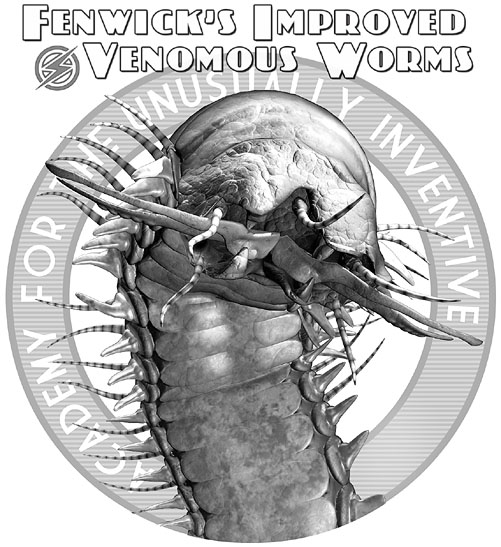 So there’s that dream. It’s one of those dreams that’s so commonplace that it seems like everyone has had it, and maybe more than once: you find yourself back at school, standing in front of an entire room – or even an auditorium – full of students, and you’re about to speak when you look down and realize that you’re not wearing any pants.

This is not about that dream.

That dream is commonplace; it’s not worth our time.

Let’s imagine, instead, that the school we’ve returned to is the hellishly competitive, hellishly dangerous, and, in general, just plain hellish Retropolis Academy for the Unusually Inventive. This is the prestigious alma mater of every mad scientist in Retropolis. On graduation, students are propelled into the Experimental Research District where some of them will prosper and the other ones won’t be talked about very much. Not after the mess gets mopped up, anyway. Unless it’s a really amazing mess.

Awful as this is, it isn’t awful enough to compete with the no-pants version of the story, of course. And the good news is that there are pants in this version.

But that’s the extent of the good news. The rest of the news is that there are gigantic venomous worms, an unseasonal invasion of mole people, some devices that in all honesty should be better regulated, and very little respect for the guest lecturer. This is full contact, extreme higher education we’re talking about here.

And it starts this Wednesday, in Fenwick’s Improved Venomous Worms, at Thrilling Tales of the Downight Unusual.

This entry was posted on Tuesday, September 6th, 2016
and was filed under Thrilling Tales of the Downright Unusual, Works in Progress
There have been no responses »