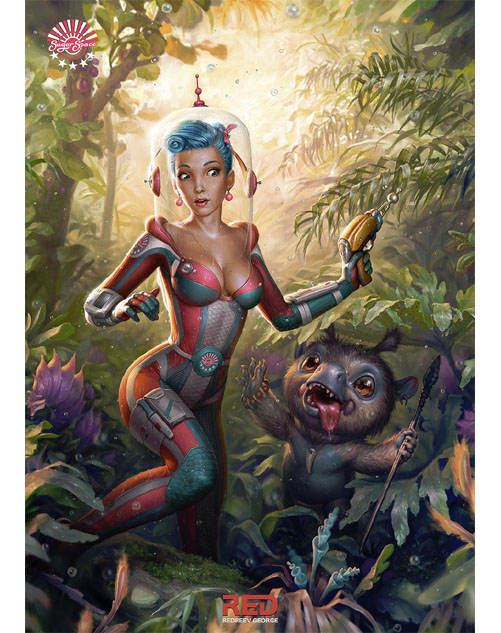 This is Sugar Space, by Russian illustrator George Redreev, and it’s just one of a long series of illustrations he’s posted at CG Society and at Artstation.

The CG Society page has many more pictures, but at Artstation’s page for this image you can see a large animated GIF that chronicles the picture’s progress from a rough thumbnail sketch to the final, full color painting. So both are worth a look. 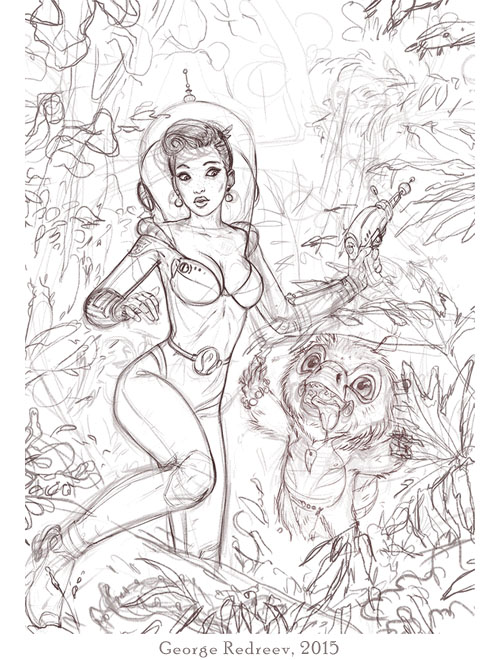 This picture has such a playful treatment that it’s possible to overlook the pretty obvious objectification that’s at work here. (Well, it was possible for me, anyhow; your mileage may vary.) I look at it in the same way that I delight in the joy and playfulness of Dave Stevens’ pin-ups. The takeaway seems to be affection, and that may be what makes the difference.

His entire galleries show a lot of other work, much of it aimed at childrens’ illustration; one of my favorites appears below. But of course it was Sugar Space’s cheerful retro-futurism that was pretty much up my street. Provided that my street is lost somewhere in an alien jungle, I mean. 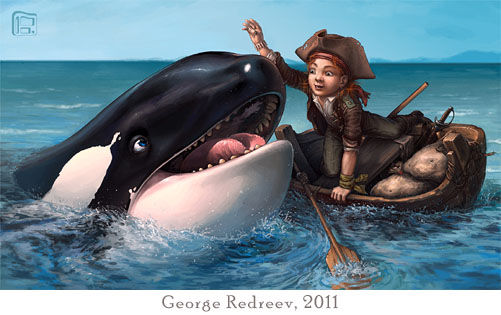 This entry was posted on Monday, July 4th, 2016
and was filed under Found on the Web
There have been no responses »