The barking dog of Pallini 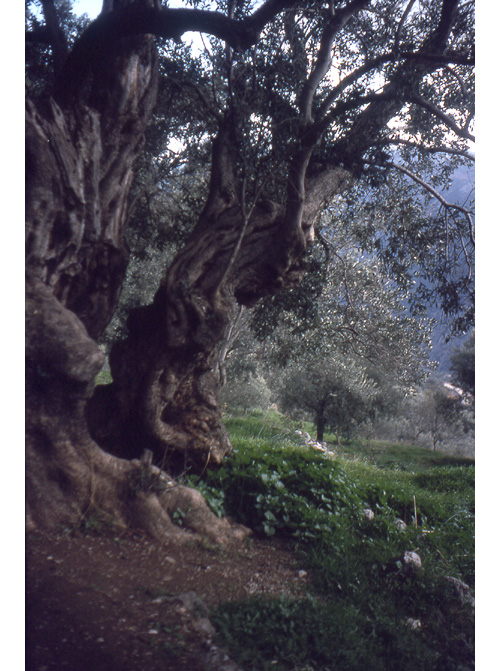 Back in 1979-80 I spent a winter in Greece. It was colder than you’d expect, but it was the cold of Sophocles. So not so bad.

I was there on a grant from a Canadian foundation. The idea was that I would broaden my artistic horizons and paint, which was exactly what I wanted to do, and so it was a good deal for me. I’m not sure how they felt about it.

So The Best Girlfriend In The World Except For That One Thing and I settled into a little house, which everybody called a villa, in a village called Pallini outside of Athens. Pallini had been there for a long time; in Roman times it was the site of a marble quarry, and there were odd bits of marble sculptures all over our house’s long, narrow, steeply sloping yard. An old marble cornice was our doorstop.

We’d been warned to keep the yard’s gate locked “or the Gypsies will get in” so of course we never locked the gate, but the Gypsies never showed up. I’ve always wondered where they were.

We made this house our base of operations. We’d explore Athens, and we’d take off for short trips to Delphi and the North, but we’d always have the villa when we were done. And it was a nice place. We’d spend an afternoon visiting the son of the local vineyard, or we’d take off into the hills outside the village, or we’d mock the village goats, who were asking for it.

I’m pretty sure those trees up above were Pallini trees. So you can see it was a nice place to wander in.

There came a day when The Best Girlfriend In The World Except For That One Thing and I headed up the road out of the village and into the hills, and we went in a direction we’d never taken before. I don’t know why. But there are a lot of directions, when you think about it, and for whatever reason we’d just never used this one. It led us through a little valley.

And the The Best Girlfriend In The World Except For That One Thing and I just stood there and listened for awhile. Bark; pause; echo; bark; pause; echo. Again and again.

We were witnesses to the ultimate straw man argument, in the ultimate echo chamber. Because that dog just couldn’t let Echo Dog have the last word. In a way I can’t quite explain, this was one of the most profound moments of my life. I had the sense that the Universe was explaining a mystery to us. And I think I was right.

A few hours later, The Best Girlfriend In The World Except For That One Thing and I came back through the valley. The dog was still barking. And although I know that this dog lost his argument with Echo Dog many years ago, I hope that his descendants have taken up the feud and are still out there barking, refusing to let Echo Dog have the last word even though – inevitably – he will.

Because that’s what we do.

This entry was posted on Monday, April 4th, 2016
and was filed under Can't Stop Thinking
There have been no responses »