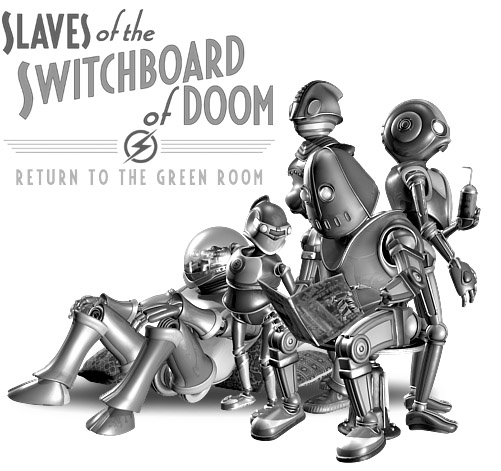 2 responses to “Slaves of the Switchboard of Doom: the Terror of the Slush Pile, and More Robots”
Mark Graybill says:

I’ve got an annual compilation of Robotics Now from 1982 I can contribute, plus a milk crate full of more recent issues of Servo , Circuit Cellar, and Nuts & Volts magazines.

I hope that this approach works out & turns into real money for you. 🙂

One contrast between this and self-publishing is the additional time and labor spent. So far we’re looking at about a 50% increase in (calendar) time. That’s not full time work, of course, but it does represent a lot of additional labor. By the time I’m through with Phase Two the difference may amount to 100%. Possibly more.

The additional time has given me more opportunities for feedback from early readers, and that’s a positive thing. I’ve just finished one more complete editing pass, with many small rewrites, and if I hadn’t had this enforced delay I might not have done as much.

But I’m looking at the additional time as a cost, too, which has to be measured against what the book will earn in the long run–regardless of who publishes it. So, lots of interesting data.