Vika’s Avenger at Kickstarter: one more stretch goal to go 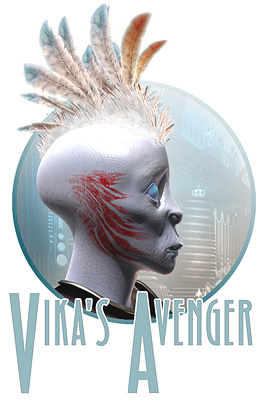 Lawrence Watt-Evans’ Vika’s Avenger is now less than 60 hours from its Kickstarter deadline, and it’s less than $1000 away from its next stretch goal: an appendix called A Traveler’s Guide to Ragbaan that will give readers a broader, different sort of look at the ancient offworld city where most of the story’s events take place.


Now, it could be said that I don’t have a horse in the race any more; with the last stretch goal the budget for interior illustrations brought their total up to six, and they’re going to stay there: the author and I have worked out a plan for which scenes to illustrate, and it ought to make a nice spread throughout the book.

But I have the advantage of having read the unedited manuscript and I know that you and I would both like a chance to see a little deeper into the layers of history – most of it misunderstood, or forgotten – that lie beneath the airship docks, the ruins, and the palaces and taverns of Ragbaan.

And who knows? It’s not impossible that we might learn a little more about this creature, who is not Vika and is not her avenger, which is about all I can say on the matter.

The cover should be finished this week; after that I’ll be diving into those six black and white illustrations. So I know what I’ll be doing: I just don’t know if you’ll be in there with me.

This entry was posted on Monday, July 22nd, 2013
and was filed under Works in Progress
There have been no responses »