Voyage of the Hypatia: the limited edition closes on Tuesday 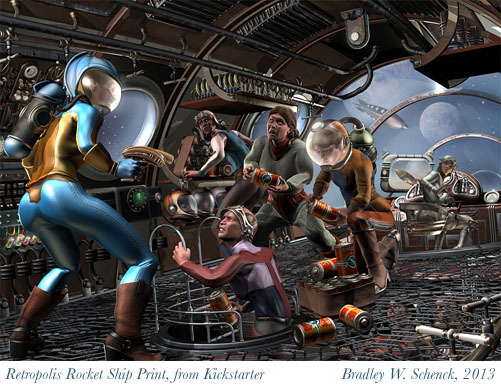 It’s a busy day here in the Secret Laboratory: I had to wrestle WordPress to the floor and I just had it begging for mercy when my mail carrier arrived with the final proof for Voyage of the Hypatia; that’s the extremely limited edition print from my recent failed Kickstarter campaign. Backers – and even a few strangers – have been ordering their copies from the pre-order page while I’ve been mucking around with the proofs.

It’s a three day weekend here in the US of A, and so I can’t order the prints until Tuesday morning. That makes sometime early on Tuesday the time when the limited edition will close; and as I promised during the bloodbath at Kickstarter, this is the only time this picture will be made available as a large format print.

So sometime Tuesday, it’s all over. But until then… you can still get yours.

This entry was posted on Saturday, May 25th, 2013
and was filed under Works in Progress
There have been no responses »