Return of the PULP-O-MIZER from OUTER SPACE 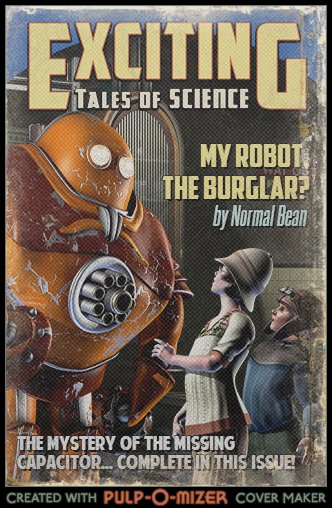 I see now that I let my blog lie fallow for an entire month, which is unusual. But I’ve been hard at work on the PULP-O-MIZER pretty much all of this time… apart from driving through a snowstorm and getting knocked on my backside by the flu for a few days.

By the time the holidays rolled around I had all of my intended features in and working and I’d also been through a series of optimizations and changes to get PULP-O-MIZED product creation working on the iPad and (I hope) on Android and Windows RT tablets. I haven’t had any way to test those yet, even by proxy. I could use some Android tablet and Windows RT testers, in case that sounds like you. Just let me know.

(In fact I’d be happy to have more testers of any description. I’m not going to give a public link to the PULP-O-MIZER just yet but if you’d like to test it, let me know and we’ll see if we can make that happen.)

Long before those features were all in, anyway, I could see that I wanted some things to change. Most of this involved rearranging and reworking the text entry controls but it also meant adding some new features like selectable typefaces and colors, along with an on/off switch for the drop shadow behind the text elements. So once my brain had recovered from the flu I got to work on those. They’re in now, and they look like this:

There’s another feature that I’m reluctant to add and there’s one more optimization that I may tackle even though it might create some new problems. So I’m trying to make my mind up about a couple of things and just working on new image layers while those issues get sorted out. There’s the documentation to finish, too. So I still have a pretty full plate, and the whole question of where the PULP-O-MIZER will make its home is kind of up in the air, too.

I’ve been hoping to unleash the PULP-O-MIZER on a hapless world by the end of the month: but we’ll see. I want it to be very polished before that happens and there’s no way to be certain exactly when that’ll be. But soon! Or soonish! Or soon-like! 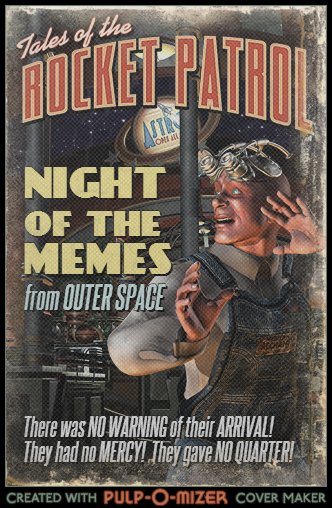 This entry was posted on Wednesday, January 9th, 2013
and was filed under Web Development, Works in Progress
There have been no responses »