The Pulp-O-Mizer: “THIS is why they invented the internet.” 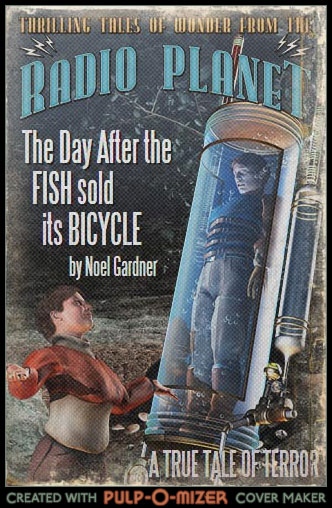 That’s an actual quote from a tester who doesn’t even owe me money, so, you know, it may mean something.

This image is a sneak peek at the output from my upcoming addition to the Derange-O-Lab at Thrilling Tales of the Downright Unusual. Another version of it will also go live at Retropolis because once you start Pulp-O-Mizing you just can’t stop.

And then you write your own titles, as you see I’ve done in this example. Which could be anything, and which might appall me, because in spite of what my tester thinks the Internet was invented to, you know, appall us. Or maybe that’s just me. 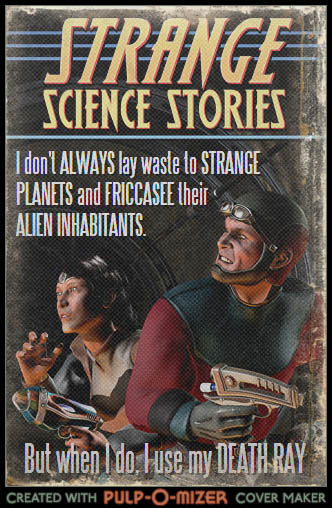 So anyway, when you’ve picked your background and your characters and your title and you’ve added your potentially me-appalling text, then the system will render out a web resolution graphic suitable for Facebook posts, blog illustrations, and so on, but then it gets better and better because you can also get a high resolution version of the cover as a poster or on other merchandise like fliers, coffee mugs, and whatnot.

Because the other reason the Internet was invented was so that I could shake all the change out of your pockets. And the Pulp-O-Mizer will commence its shaking, well, pretty soon. Pretty soon.

Update: and now you can play with it on the Pulp-O-Mizer page.

This entry was posted on Friday, November 30th, 2012
and was filed under Works in Progress
There has been 1 Response »

One response to “The Pulp-O-Mizer: “THIS is why they invented the internet.””
H. Elwood says:

This is an exciting project!