Leslie Fish’s ‘Avalon is Risen’ is now available for pre-order, with art by me 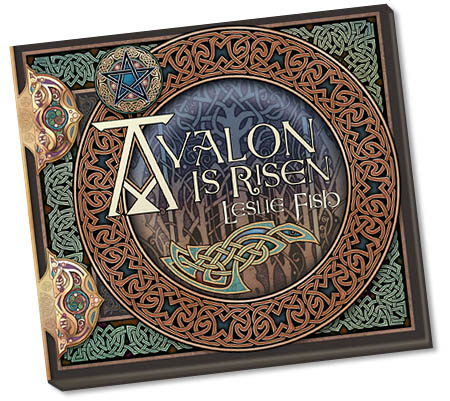 As I mentioned back in December, I’ve produced a series of illustrations for the cover and 32 page booklet of Leslie Fish’s new CD, Avalon is Risen. After quite awhile in production that recording is now available for pre-order from Prometheus Music.

The CD’s priced at $15.97 and includes an MP3 download in addition to the physical CD in its packaging: you can also place an MP3 only order for $9.97. The CD’s are scheduled to ship shortly after June 15, but the MP3s are available immediately, as is the booklet in PDF form. They’re all available right here.

This is a sort of a bookend project for me, since ‘way back in the late 1980’s I illustrated the tape cover and the full sized songbook for Ms. Fish’s Cold Iron. That came very near the end of my days in traditional media and it’s nice to be back, with the set of digital tools I use all these years later. Though I did sneak in two pen and ink illustrations from the1980’s, just because.

This entry was posted on Monday, May 21st, 2012
and was filed under Works in Progress
There have been no responses »