Kickstarter Update – and a $1000 matching pledge for today! 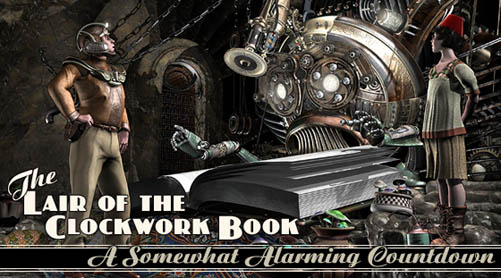 With five days and and an uncomfortable 43% of its funding left to go, I’ve posted a new update at the Kickstarter project page for The Lair of the Clockwork Book‘s limited, hardcover print edition.

Just as this update sank in, one Kickstarter backer who is not confined to an asylum* has offered to increase his pledge to $1000 – but only if we raise $1000 today.

*I don’t actually know this.

This entry was posted on Thursday, February 23rd, 2012
and was filed under Thrilling Tales of the Downright Unusual, Works in Progress
There has been 1 Response »

One response to “Kickstarter Update – and a $1000 matching pledge for today!”
Bradley W. Schenck says:

Oops, a quick correction: the final total would be slightly less than $6358 because that backer would be increasing his existing pledge. Arithmetic! You are my nemesis!