Down the Rabbit Hole with HiLoBooks, ugly book covers, and “Publishing 3.0” 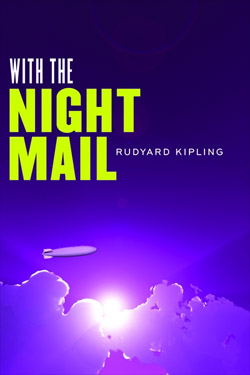 HiLoBrow.com has announced the launch of HiLo Books, an imprint dedicated to what they call Radium Age Science Fiction – because, after all, what the genre needs is more labels. By "Radium Age" they mean science fiction written between the years of 1904 and 1933, bounded on the one hand by the scientific romances of Jules Verne, Edgar Alan Poe, and H. G. Wells, and on the other (the upper?) hand by the Golden Age works of writers like Asimov and his contemporaries.

I have a problem with labels. Still, since HiLoBrow is effectively creating a brand I can understand why they’d want to find some label to distinguish it from everything it’s not.

The lineup of releases for 2012 is a pretty promising one – there’s Jack London’s The Scarlet Plague, Rudyard Kipling’s With the Night Mail, and Arthur Conan Doyle’s The Poison Belt; taken together, these show a united front of mainstream writers from the period who each experimented with speculative fiction. 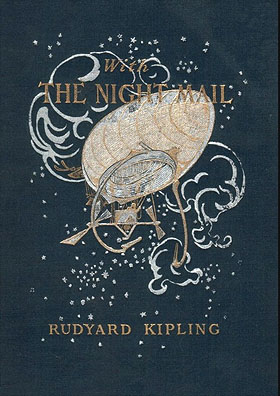 If it all sounds a little bit like someone who’s desperate to be taken seriously, I expect that’s fine. A series like this exists in part to draw new readers into the scary, nerdy depths of science fiction in a way that seems comfortable, and even respectable .

What I can’t understand, though, is the books’ covers. They look like something out of the ranks of the worst of Amazon’s self-published novels. It’s especially confusing because the folks at HiLoBrow certainly know what good book covers look like, either for these same works or for their own. Their earlier Wage Slave’s Glossary has a handsome cover by Seth, and they’ve showcased a beautiful gallery of period book covers including this lovely one for With the Night Mail.

So there’s no question that they know that books can be beautiful. I don’t understand why they want to publish ones that are pretty much the opposite. 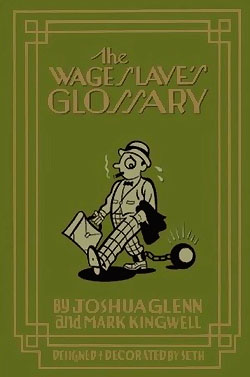 This led me to wonder whether these books aren’t the slapped together Amazonian things they resemble; and trying to answer that question led me right down the rabbit hole.

First, HiLoBooks has a distributor for its books. So there can’t be much doubt that there will be a warehouse of their books someplace – PGW also handles Archaia Studio Press, Nolo Press, Cricket Books, and plenty of other familiar independent and small press publishers. It sounds like we ought to be safe from some of the self-published horrors at Amazon (full disclosure: I’m also self-published, though I hope not horribly, at Amazon)

Second, HiLoBooks – according to their press release – will be an imprint of ‘Cursor, Richard Nash’s “publishing platform of the future”.’ Since a visit to the Cursor web site was completely uninformative I dug deeper, to find Nash’s talk at BookNet Canada’s Technology Forum. In this talk (""Publishing 3.0: Moving from Gatekeeping to Partnerships") Nash admits more than once that he’s speaking in very abstract terms. Those terms are in fact so abstract that at the end of the presentation I still had no idea what Cursor was supposed to be.

You’ll see in the talk that Publishing 3.0 (more labels!) is supposed to be an upgrade for the role of publishers in which books themselves become just one aspect of the relationship between readers and writers; in which that relationship has now become the focus of publishing, since so many large and small interactions within that community – including the sale of books – can be sources of profit for a publisher.

But if, like me, you’re left scratching your head and wondering first, what that means, and second, why a publisher deserves to monetize every aspect of the relationship between authors and their audience, well, your head is just going to get scraped bare from all the scratching. The answer isn’t in there. The subtitle of the talk is "From Gatekeeping to Partnerships", but it sounds more like "From Gatekeeping to Super-Gatekeeping".

Like the music industry, the book publishing industry probably feels as though it’s besieged by new technologies and the uses we find for them. Nash’s "Publishing 3.0" seems to be a response that’s in direct opposition to the way things are headed. By "the way things are headed", I mean that we seem to be on the verge of a world where there are no gatekeepers; where, for better or worse, artists are left to deal directly with the community. This requires marketing, which is one of the traditional roles of a publisher; but it’s by no means certain that publishers will be the ones doing that marketing. The "Publishing 3.0" of Cursor looks like a plan to establish a whole new level of gatekeeping in which every interaction between writers and their audience is owned by the publisher. That’s why I called it "Super-Gatekeeping".

What would publishers bring to the table, to make that look like a good deal for the writers and their readers?

There is just the glimmer of an answer – to half that question, anyway – in a post at Nash’s own blog.

Yup, from a contract that locks you in till seventy years after you’re dead, to a three year contract. Renewable annually thereafter. Which means after three years you can walk. Or stay, but stick it to us for better royalties because there’s gonna be a movie. Or stay with us because with all the additional formats and revenue opportunities we’re creating above and beyond what any publisher has to offer, you’re making more money than ever before. 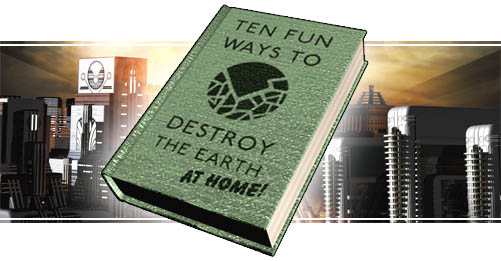 This seems to translate to "We will own every cell in your body, but only for a little while". It doesn’t take too long a trek down memory lane to recall how many writers and artists were willing to do original work for hire just because they had to and how this sometimes left them excluded from very lucrative extensions to their work (Siegel and Shuster, or Jack Kirby, are the obvious examples in comics publishing). So in a Cursorized world, maybe creators would figure that assigning a publisher complete and total ownership – which might be temporary – is the price of doing business.

Nash’s talk establishes some comfy small press credentials (starting a publishing company during the night shift at Kinko’s) but the end product seems like something out of a dystopian novel. I don’t mean that in a good way, if you were wondering.

And with "dystopian novel", I seem to have come full circle and landed on the back of HiLoBooks. I wish them well, especially if they didn’t really mean for us to believe in those book covers. But I’m not sure about the company they’ve chosen to keep. I suppose that (their authors being dead, after all) one half of my misgivings about Cursor are unfounded in HiLo’s case. That leaves a not inconsiderable amount of discomfort, though.

This entry was posted on Sunday, January 8th, 2012
and was filed under Can't Stop Thinking, Found on the Web
There have been no responses »

This entry was posted on Thursday, January 5th, 2012
and was filed under Thrilling Tales: Page Updates
There have been no responses »

The Lair of the Clockwork Book… in hardcover? 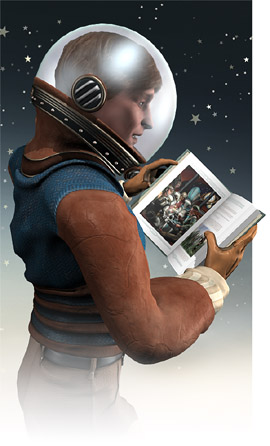 So The Lair of the Clockwork Book is due to finish its run at Thrilling Tales of the Downright Unusual sometime in April, if I can do the math – which I’ve often shown I can’t – and so this week I’m thinking about its print version.

In fact, I’m working on the print version. I’ve got over 50 pages laid out more or less beautifully, so far.

This is a real joy, compared to the layout for Trapped in the Tower of the Brain Thieves. The interactive stories have a lot of constraints on page layouts so there’s very little room for the words to breathe. When its sequel is ready, I will probably do a second edition of Brain Thieves because I can see now how I can make some improvements.

But back to The Lair of the Clockwork Book. It is shaping up so very nicely that I’m thinking again about a Kickstarter promotion for a limited edition hardcover, in addition to the softcover book I’ve been planning all along. I think it’d make a very nice little book, with a foil stamped spine and front cover under its stylish dust jacket. The idea’s really growing on me. It would be quite expensive, which is why I mentioned Kickstarter just above.

One ingredient for a successful Kickstarter campaign is an attainable goal. Realistically I can’t be said to have a large, enthusiastic crowd of fans. (No, you’re not in Doctor Cyclops territory or anything, but… you know.) So what I’m thinking about is a very small limited edition hardcover – probably just 100 copies – with any excess funding going to a larger, unnumbered version of the same hardcover book.

There’s even more math involved in planning a Kickstarter campaign and its rewards… so who knows exactly how this would pan out. But that’s what I’m considering.

If I go forward with this it’ll need to start pretty soon. I don’t want to slow down the launch of the softcover book (in March?) if I can help it. Still, the Kickstarter campaign would need its own video, promotions, and a surprising amount of time and attention – judging by my last one.

Time? Attention? I’m not sure where I left those, come to think of it. But it would be so cool…..

This entry was posted on Tuesday, January 3rd, 2012
and was filed under Thrilling Tales of the Downright Unusual, Works in Progress
There have been 2 Responses »

This entry was posted on Monday, January 2nd, 2012
and was filed under Thrilling Tales: Page Updates
There have been no responses »