Thrilling Tales: The Clockwork Book Trailer, and my time in Hell 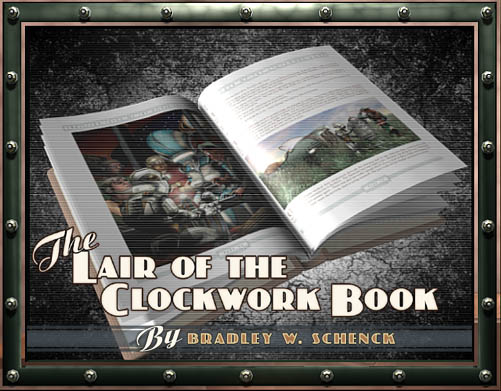 Bits that look a lot like this have been dominating the screens of two – no, it’s three now! – computers here in the Secret Laboratory for the past week and a half, as I try to work hard on the book (and Kickstarter) trailer for The Lair of the Clockwork Book‘s just-maybe hardcover edition; but in spite of my all my trying I’ve spent far too much time beating my head against dynamic microphones, USB microphones, Windows 2000, Windows XP 64 and 32 bit, buggy audio drivers, mysterious clicking noises, mysterious crashes, and – it seems – everything except making the spiffiest trailer I can get out of myself, because my entire computing universe would really rather blow up right about now, thank you, and then have a quick melt down after.

No, wait: that last part was me.

It really has been like that, especially over the past three days. But I think I’ve managed to mollify Premiere to the point where it will now crash after exporting a movie instead of while exporting a movie, and as annoying as that still is it’s just so very much better that way, isn’t it? I mean, you actually get the file you were trying to make before the great big explosion happens, so, you know, whew.

This entry was posted on Sunday, January 22nd, 2012
and was filed under Thrilling Tales of the Downright Unusual, Works in Progress
There have been no responses »