The Dive of Death 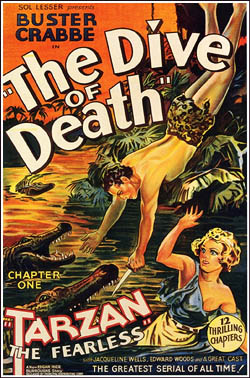 We have to thank Mister Doortree of Golden Age Comic Book Stories for this image (thanks, Mister Doortree!), which has reminded me of something odd from the past.

Back in 1977 I moved from Southern California to a great, small beach town halfway up the coast. Wonderful place… but I’m not going to say where, exactly, for reasons that may become clear.

For the first little while that I lived there, every time someone local found out that I was new in town they would always tell me: "Don’t go to Happy Jack’s!" I’m serious. This happened every time.

The bar called Happy Jack’s, it turns out, was The Dive of Death.

The only thing that anyone ever said… specifically… about why I should not go to Happy Jack’s was, I kid you not, that they sold knives at the bar. Because people in the bar kept finding out that they really needed a knife, apparently. All of a sudden.

The fact that virtually everyone told me not to go in there was good enough for me. A few years earlier or later, and maybe I’d have made a beeline for Happy Jack’s. But just then, I decided to take their word for it.

And after awhile, well, I was a local. And without even thinking about it, when someone new showed up I’d tell them "Don’t go to Happy Jack’s". After a couple of years I started to wonder why I was telling them that. I’m not sure if it stopped me, though. This says something about the way people behave in groups. Most of the things you can say about how we behave in groups are not very good things. This could be an example.

So eventually I moved away and had adventures, and mostly I forgot all about Happy Jack’s. But years later I came back to spend the Christmas holidays in the old town. And I found myself walking down the street right past the open door of Happy Jack’s. I had never seen that door standing open in all the time I lived there.

It was quiet in there. They had a lot of Christmas decorations up. I’m pretty sure there were little Santas. And it looked like a peaceable, quiet sort of place to drop in for a drink.

It seemed to me that there’d been a change of management in the fifteen years I’d been away and I was sort of sad to see it tamed. If it had remained a little dangerous it would have been a lot more interesting. I didn’t go in.

I’m still not sure if that was a mistake. And I’m not sure that it wasn’t just force of habit, either.

But then there’s this: what if Happy Jack’s had never been a dangerous bar where they sold knives to people who suddenly needed them? What if the whole thing had been wrong… and I’d been perpetuating that when I chimed in to warn off the new folks in town?

I find that I prefer to believe that it was all true. But then, that’s what we usually prefer, isn’t it?

This entry was posted on Sunday, March 7th, 2010
and was filed under Can't Stop Thinking
There have been 2 Responses »

2 responses to “The Dive of Death”
saundby says:

I remember Happy Jack’s. I discovered that it was widely known as the local epicenter of violence in the community. Whenever someone was stabbed, beaten, or whatever, the news report on it would necessarily include the distance of the event from Happy Jack’s.

It does sort of make you wonder what the heck it was that made Jack so damn happy. But like I said, the last time I saw it it looked like it’s been tamed.