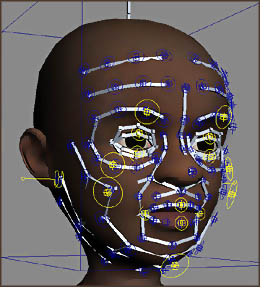 A demo version is now available for Fx Lda and Scriptattack’s Bonyface system.

This looks like a really promising tool for setting up facial rigs in 3D characters, animating or posing them, and then storing expressions the same way you might store morph targets, in a library.

What I really like about it is that there’s an underlying network of splines which you fit to the surface of your model. Along the splines there are bones which you use to skin the model to the rig. Then there are a smaller number of controllers that move the splines around… which move the bones around… which move the face around. There’s a fine level of control where it’s needed while you’re given a high level system for using that control. Yet the setup of a character’s face is just a matter of editing those splines to match the model. 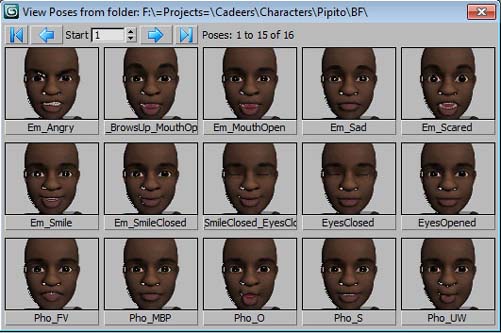 Skinning is always traumatic for me because it takes me forever and, truth be told, I’m just not that good at it – and faces are one of the most difficult parts of a character to skin. So when I tell you that this looks like a very clever and powerful tool for 3DS Max… well, I’m coming from a highly motivated place.

And a disinterested one, unfortunately! The script doesn’t claim to be compatible with versions of 3DS Max older than Max 2008, and I’m running on an older version. Something like this might make me a lot more interested in an upgrade.

This entry was posted on Thursday, January 28th, 2010
and was filed under Computer Graphics
There have been no responses »