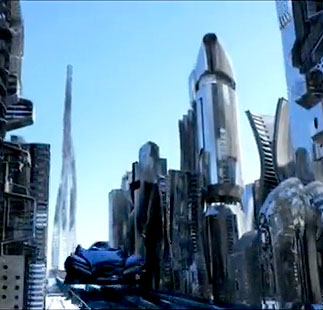 Neo City is a wandering, beautifully visualized animation by Hao Ai Qiang (and company) that seems to show us what a futuristic city might be like if it had decided, one way or another, that we weren’t all that necessary. Or maybe we callously took off for parts unknown, leaving the city to evolve and amuse itself in ways that make sense to a futuristic city when it’s on its own. I couldn’t say, but I enjoyed viewing it anyway.

It’s a student film, and I haven’t had much luck digging up any more information about it. But the image below apears to be by the same artist, and it’s a lovely one. 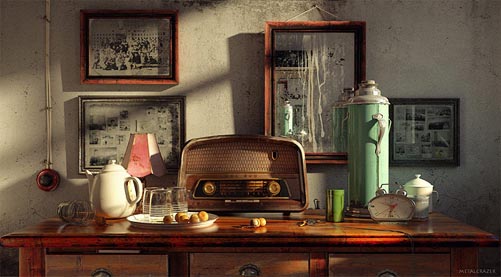 This entry was posted on Wednesday, September 30th, 2009
and was filed under Computer Graphics, Found on the Web
There have been no responses »