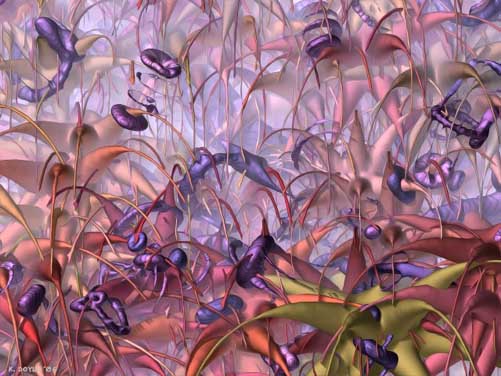 And speaking of the old Amiga days, here’s one of a series of beautiful abstractions by Keith Doyle.

Keith wrote one of the most useful applications I used on the Amiga (“the Director” – a few years before Macromedia fastened on that name). The Director was a version of the BASIC programming language which included powerful extensions for 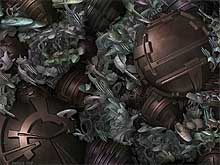 displaying and manipulating graphics and sound. Keith’s always been interested in both art and music.

Here we see what he’s been up to visually. Many of these images use kaleidoscopic reflections, but others are asymmetrical and nearly representational. Although the scenes they seem to represent are places I haven’t visited since the late seventies. Ahem.