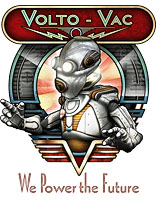 I had an existing body of designs from my Celtic Art & Retro-Futuristic Design site – where I sell light colored shirts, along with posters, prints, greeting cards and mugs – but of course something new was called for. For one thing, Printfection gives me a much larger printable area than I’ve had in the past, and I wanted to take advantage of that; for another, I’d lately concentrated more on things other than shirts at the Celtic/Retro site, so what I had on hand wasn’t as recent as I liked. 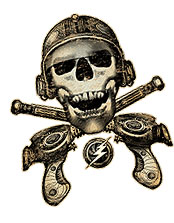 So I worked up eleven new shirt designs that felt much fresher to me – some really fun ones, in fact, like I Still Want My Flying Car and Ask Me About My Death Ray!. I fleshed out the offerings with a group of retouched magazine covers which I’d done for my vintage graphics site. And I built a new shop around it, and there it is – the Retropolis Transit Authority.

Here’s how it explains itself:

“The future’s just not what it used to be.

Once upon a time – while we were exhausted from the Great Depression, vulnerable to corporate propaganda, riding a wave of technological change, and reading comic books and pulp magazines – we excelled at dreaming wonderful things into the days just ahead.We had to. Times were just about as bad as they’ve ever been. 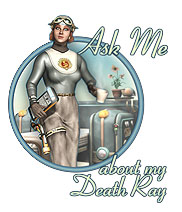 And despite how terrible those days were we had plenty to be optimistic about. Electricity was beginning to power even the remotest of rural areas. First the telephone, and then the radio, tied us together by voice, while of course the automobile was now a common sight on the roads. We were beginning to see almost daily advances in technologies that genuinely did make our lives a bit easier. As a little girl, my grandmother loved to read Jules Verne – and later in life she said that she’d lived to see those books come true.

So by now, according to our dreams for the future, we ought to have our own flying cars and faithful robot companions. We should be filling our retro rockets at Interstellar Gulf’s hygienic and modern filling stations. Every now and then we ought to be having a furious ray gun battle with the forces of evil. It’d be clear who they were because they’d be green, with the wrong number of eyes, and they’d be clutching shrieking, politically undeveloped space women in tight-fitting outfits.”

There’s more, of course, but you get the idea.

One response to “My Sites – the Retropolis Transit Authority”
Tim Hammell says: