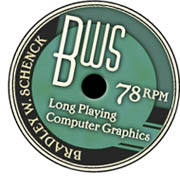 My personal web site was, as you’d expect, my first. In its first few years it went through substantial changes – after all, I was learning how to design sites at the time – but around 1999 it settled down and since then I’ve mainly made only visual changes to it. That’s partly because I’d accumulated so many inbound links that I don’t want to make huge changes there any more. Why did I get all those links? Well, because I was giving things away for free. I still do. It’s absurdly easy to give things away, and people like it. And I was used to doing it.

In my early days with computer graphics we distributed our work through bulletin board systems that ran locally throughout the country. There wasn’t a World Wide Web yet, so in order to visit bulletin boards in other places we used services that gave us networks of phone lines – if I wanted to upload my images to a BBS in New York, for example, I’d call a local number, transfer over to a New York number through the network, and then dial out to the BBS from there. It all sounds pretty primitive these days, but this was in the late 1980’s, so bear with me.

You’d leave messages on those BBS’s, upload your software or art, and – remembering that in those days, the Internet only gave us email and Usenet – it gave us a way to connect over vast distances. Pretty neat. 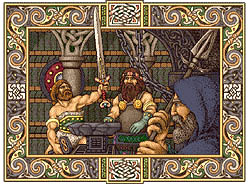 There was a lot of free and shareware software that was distributed this way. And we artists, who were having a field day with the sort of computers I was working with back then (the Amiga), used that same connectivity to share our work. There was a culture of giving something back, often enforced by upload/download ratios, but it wasn’t just a matter of filling quotas. We were getting neat stuff and it just made sense to return the favor. (The image you see here was originally distributed over BBS’s; it was a 640 x 480 pixel picture that I executed in just 16 colors, using a dithering techniques I’d worked out.)

So when I began to tinker with my own web site, several years later, it made sense to do the same thing. In fact I turned back to the sort of limited palette graphics I’d done through most of the Amiga years. They were very well suited to use on the web because the file sizes were small. I added a free graphics section to my site and filled it with Celtic knotwork designs, making them available to anyone for personal, non-commercial use. 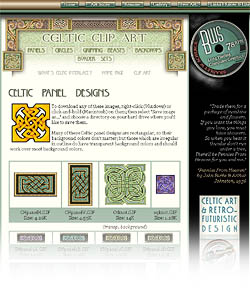 It wasn’t long afterwards that I started to design web sites for other people, and many of my clients were small businesses. A big part of helping them to succeed had to do with optimizing their pages to rank well in the search engines – and there were many more popular search engines, in the late 90’s. So even more than now, you had to experiment to see what would help you with each of them. I used my clip art pages as a test bed for search engine optimization. That went on for months, and during that time the clip art pages also got an award from the site that’s now known as About.com. In fact, the site itself, in an earlier incarnation, also won a contest run by my then-ISP, Earthlink. So overall, the experiments were pretty successful, and eventually I left the site pretty much alone.

It also hosted my resume, a gallery of my work, and some odds and ends – but aside from updating the resume, like I said, I didn’t do much with it for several years. And – significantly – I didn’t pay any attention to the traffic that was passing through it, until about 2002 – when I was amazed to realize that I had thousands of sites linking to me and a large number of visitors every day. All that research and experimentation had made my humble little pages awfully successful for a personal web site by someone that no one, I would have thought, cared much about. 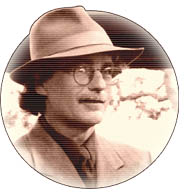 And when the fact of that traffic sank in, I realized that I had something worth having – a whole bunch of web browsers who were interested in the sort of work I did. Granted, they were looking for something that was free, but it gave me something to think about. And that’s when I started to build commercial sites which some of those visitors might also be happy to find.

So my Long Playing Computer Graphics site got successful while I wasn’t looking, and it became the cornerstone of all my ventures on the web – which began to grow after that time in 2002 when I finally noticed that people liked it.

This entry was posted on Wednesday, July 4th, 2007
and was filed under Web Development, Works in Progress
There have been no responses »