Arthur Radebaugh art and article, over at Atomic Scout 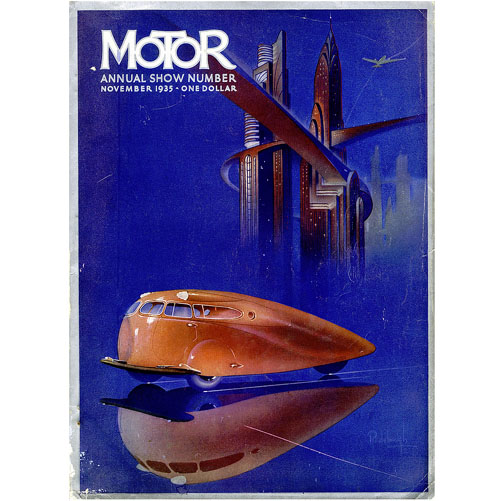 Scout Paget has posted an article about the illustrator Arthur Radebaugh (1906-1974), whose airbrush art we see above, over at Atomic Scout. 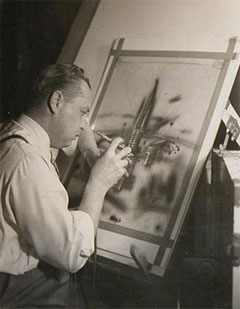 Radebaugh was one of the many illustrators who worked for industry and for mass market magazines (as opposed to the pulpy ones) and who together defined the shape of that future we thought was right around the corner, from the Depression years through the fifties and even beyond them.

And like that vision of the future, a lot of Radebaugh’s work was all about transportation.

In addition to his illustrations for these commercial clients Radebaugh also contributed to the design of aviation displays, some using florescence, and other instrument panels during his service for the Pentagon during the Second World War.

Scout Paget goes on to show Radebaugh’s postwar work, again for automobile and aviation companies and also for the Bohn Aluminum and Brass Corporation (including a terrific flying wing airplane).

Great stuff! You should visit.

This entry was posted on Monday, January 20th, 2014
and was filed under Found on the Web
There have been no responses »