Would you buy a used Zeppelin from this man? 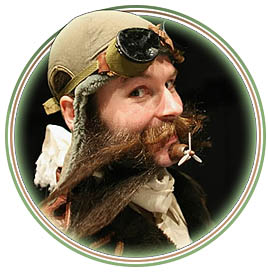 In what crazy, mixed up, unjust world would this man not win a beard and mustache contest?

I mean, not only is he wearing the aviator’s helmet… but he has a propeller on his chin!

Found at Pop Candy where, alas, he remains anonymous.

This entry was posted on Friday, September 7th, 2007
and was filed under Found on the Web
There has been 1 Response » 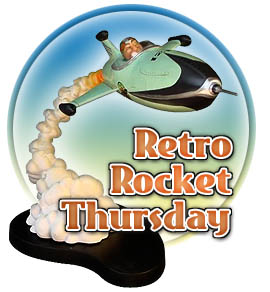 An undeniable demonstration that Thursday will always happen in a week, and at a constant, unexplainable rate of a Thursday every seven days. Weird!

comes once again from the workshop of Jeff Brewer, with an “insanely determined” pilot sculpted by Mike Murnane.

, in classic 1950’s teal and chrome, sits defiantly on your desk and threatens to poke out your eye. What’s not to like?

This entry was posted on Thursday, September 6th, 2007
and was filed under Found on the Web
There have been no responses »

Cristóbal Vila has modeled and animated a CG version of Frank Lloyd Wright’s Fallingwater. The short film starts with scenes of the famous house growing out of its natural environment and then continues with camera flights around and through the residence. It’s all set to a van Karajan recording of Die Moldau and it makes for a pleasant few minutes of exploration and tribute.

Vila studied in Barcelona and works professionally at his own Etérea Studio. If you enjoy the film you might also like the many images on the site that show its progress and construction.

This entry was posted on Wednesday, September 5th, 2007
and was filed under Computer Graphics, Found on the Web
There have been 2 Responses »

“A Tale of Rock” Student film, with licks by Tenacious D 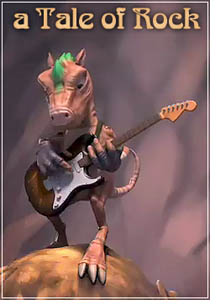 As if it wasn’t enough that the terminally cute dragons always go home with the babes, this animated short shows us that they can also conquer the forces of darkness in a “Devil Came Down to Georgia” style musical showdown.

Who’s responsible for the madness? That would be Stephen Payne and John Godwin (soundtrack by Tenacious D). They cooked it up at the University of Hertfordshire, a haven for demonic axemen and treacly, guitar-playing dragons.

This entry was posted on Monday, September 3rd, 2007
and was filed under Computer Graphics, Found on the Web
There have been no responses »